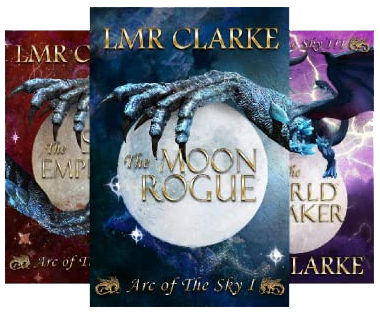 However, all is not lost, for Mantos has died once before and mysteriously returned from the dead.

Into this tumultuous conflict steps Emmy, a slave who escaped captivity, only to be enslaved once more. Recognized by the healer Rel, who shares Emmy’s unusual skin coloring, as a descendant of the Uloni, a race brought forth into the world by the daughter of gods, Emmy may be the key to returning balance to this world.

Enemies become friends, and lovers become enemies as the battle lines are drawn in a desperate struggle to save the world from Dark Magic.

The Moon Rogue is a must read for fans of Samantha Shannon, Emily M. Danforth and Leigh Bardugo

Available in paperback, audiobook and on Kindle. Published by Castrum Press.